A new University of Wisconsin–Madison program that provides free tuition for students from low- and moderate-income households comes at a good time for families struggling with the consequences of a depressed farm economy.

“It’s a game changer for rural families,” says Ted Halbach, who oversees undergraduate recruiting for the UW-Madison’s dairy science department. “The ag economy is depressed because of low commodity prices, and there’s a direct tie between commodity prices and rural incomes. For a student who has the academic ability to come to UW-Madison but couldn’t do it for financial reasons, this takes that barrier away.”

Bucky’s Tuition Promise guarantees scholarships and grants to pay for tuition and fees for any student whose family’s adjusted gross income is $56,000 or less. Assets are not considered in the awarding process for Bucky’s Tuition Promise. A lot of families whose income derives from dairy farming—either producing milk or providing services or products to those who do—fall into that category.

The deadline is fast approaching for students who want to take advantage of Bucky’s Tuition Promise. They don’t have to apply to the program itself—it’s automatically awarded to eligible students who have completed the Free Application for Federal Student Aid (FAFSA)—but those who are intending to begin school next fall must submit their FAFSA by Dec. 1, 2018 to be eligible. Those who miss that deadline could still be considered if funds are still available, but there’s no guarantee.

Details on the program can be found on the UW–Madison website at www.wisc.edu by typing “Bucky’s Tuition Promise” in the search box.

Unlike a lot of scholarship programs, the eligibility rules for Bucky’s Tuition Promise accommodate the rather atypical characteristics of a farm family’s finances, points out UW-Madison professor Kent Weigel, who chairs the dairy science department.

“Eligibility is based on adjusted gross income, not assets,” he says. “That’s important because if you have a farm you have significant assets, but you don’t necessarily have much income.”

“It’s also important that the funding continues for four years even if the family’s income goes up after the student starts school,” he adds. That matters because farm incomes can swing widely from one year to the next because of fluctuations in milk or feed prices, weather and many other factors. 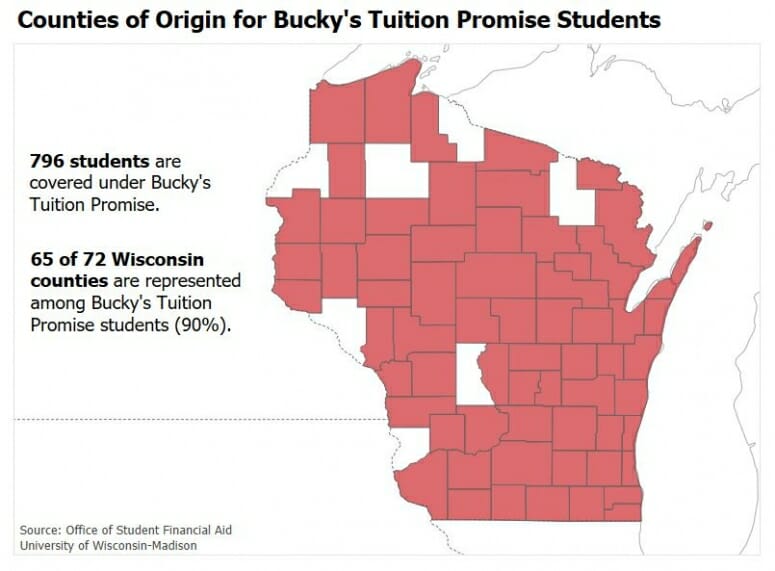 Weigel is excited about the program’s potential to give academically talented students from both rural and urban areas access to one of the world’s leading dairy science programs. He also thinks it will help bring in more first generation students—those whose parents hadn’t attended college.

“It’s good for the students and their families, and it’s good for the dairy science department because we get a diversity of students from all backgrounds. And it will be good for the state, because a lot of them will go back and work locally either in farming or an agricultural business,” he says.

And despite the current challenges for dairying and the farm sector in general, the job outlook for his department’s graduating seniors is excellent, Weigel says. Virtually all UW–Madison dairy science students find jobs in the field when they graduate.

“It’s not the easiest time, but our students are doing well. And they get first choice, because employers want our students,” he says.

This story was originally published by the College of Agricultural & Life Sciences in CALS News. 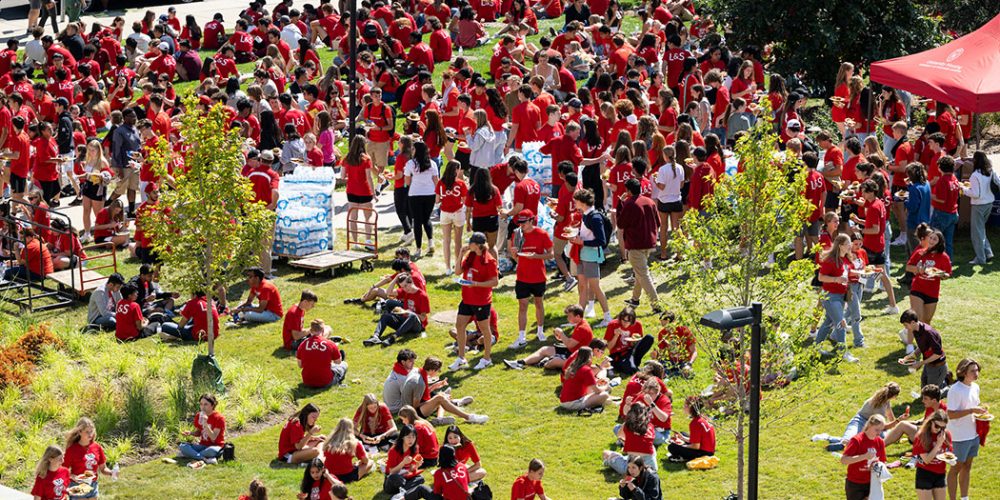