In 2002, collaborators from the University of Wisconsin School of Medicine and Public Health and leading regional biotech companies, with support from then-Governor Tommy Thompson, launched the Master of Science in Biotechnology.

The wide-ranging curriculum in science, business, regulatory policy and law aimed to prepare students to succeed in the state’s nascent biotechnology industry.

Twenty years later, “Wisconsin has emerged as a powerhouse,” says Kurt Zimmerman, Master of Science in Biotechnology program director. “There was a significant investment made, with the promise there’d be an economic return to the state, along with the medical advances biotech offers. The state’s support made it possible for the MS in Biotechnology to launch very quickly, in a way that really matched the pace of progress happening in the field at that time.”

About two-thirds of the program’s graduates, who now number more than 400, have remained in Wisconsin, helping to build the biotech industry, working at established companies like Promega, Labcorp, Exact Sciences, Thermo Fisher Scientific, Aldevron, and Illumina, as well as startups.

“The MS in Biotechnology fills a need for employees with various backgrounds who want to understand the larger context of how the biotech industry works,” says Jessica Martin Eckerly, CEO of Forward BIOLABS and an alumnus of the program who is now an instructor in it. “Students learn about and practice scenarios from both startup and larger company perspectives. I have hired graduates of the program, and I’m a graduate myself. We’ve talked about how instrumental the program was in helping us understand industry drivers, business practices, and opportunities.”

Many of Wisconsin’s most successful biotech companies today began as startups with ties to UW or the Wisconsin Alumni Research Foundation and either grew into established homegrown companies or have been acquired by global biotech companies as valued additions to their operations. Says Bryan Husk, associate director of the program, “We’ve become a global player as a result of local success. Skilled biotech talent with cross-functional leadership knowledge is at a premium.”

One recent graduate, Victor Jarjue, is a product manager at Verona-based biotech startup Gentueri. He entered the program hoping to build upon his undergraduate degree in biomedical sciences and his career experience as a medical laboratory scientist. Jarjue planned to work on the research and development of clinical assays for the diagnosis of diseases after graduation.

One semester into the program, product development captured his interest, and he changed plans.

“I gained an appreciation for all the business development processes and regulatory activities that go into the development of a biotechnology product, from concept to market release,” Jarjue says.

That led to his current role as a product manager at Gentueri, where he’s mostly involved in product development, he says. He works closely with all departments to ensure that Gentueri’s products meet user needs and comply with regulatory requirements.

Husk notices two exciting trends in Wisconsin’s biotech economy: biotechnology companies establishing sites in Madison and hiring local talent, and global life sciences companies who are hiring Madison employees to work virtually for them. In many cases, companies headquartered outside of Madison — like Illumina, Luminex, and Arrowhead Pharmaceuticals — decide to invest in Madison, which they have designated as a growth region with a strong talent pool.

“Illumina, which is headquartered in San Diego, built a biomanufacturing facility in University Research Park, and their executives have been so pleased with their Wisconsin investment that they’re announcing job openings here that were previously only offered in California,” says Husk. “I have enjoyed building strong relationships with industry partners, as companies place increasing value on human and intellectual capital and resources for growth.”

Program staff intend to maintain the program’s quality and rigor and stay ahead of the curve, rolling out new professional certificates and industry competency badges in future growth areas related to biotechnology and human health. The program also supports an entry-level online MS in Applied Biotechnology degree and a Capstone Certificate in Applied Bioinformatics, in partnership with UW Extended Campus.

The MS in Biotechnology program also continues to grow, admitting its two largest cohorts in the past two years.

“We’re thrilled it’s had a global impact, drawing talent to Wisconsin and building our reputation,’ says Zimmerman. “Major companies, like Aldevron, Arrowhead, and Illumina are putting down footprints, and we can help deliver the workforce to their large facilities and support the investment they’re making in Wisconsin.”

Zimmerman says that the early promise of the program has been realized.

“There was a promise made to the state by the Wisconsin state government and UW–Madison that investing in biotechnology would pay dividends, and that investment has advanced medical discoveries, while creating new companies and jobs.” Zimmerman says. 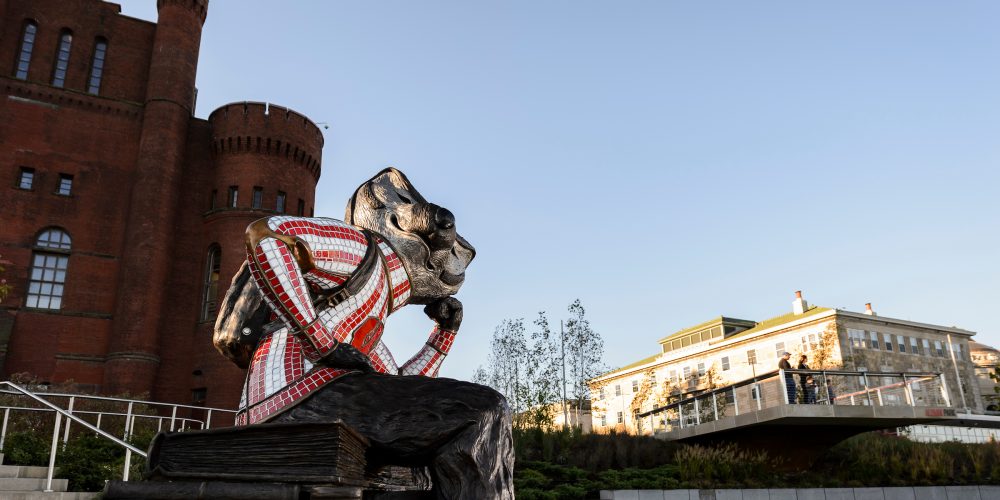