Resistance is not futile: CALS plant pathologists have developed a soybean that staves off stem rot and defies drought.

If there’s anything that could be called the archenemy of Midwestern soybean producers, it just might be Sclerotinia stem rot. Once thought of as only a sporadic problem in the region, the disease has become a recurring and widespread threat.

Sclerotinia stem rot is perhaps better known as white mold, a name derived from the fine, pale filaments that spread over infected stems, leaves, and pods. The disease thrives under wet and cool conditions. That’s when the fungus that causes it, Sclerotinia sclerotiorum, tends to persist — especially when plants are flowering. And when it peaks, it can be an absolute scourge to soybean fields with high yield potential.

Severe infection with white mold weakens the plants. They begin to grow askew, wilt, and die, leading to much lower than optimal yields. Between 2010 and 2014, white mold cost U.S. farmers $1.2 billion in losses. But a solution to this problem may soon be on the way.

By identifying and targeting specific genes that regulate the soybean response to S. sclerotiorum, a team of researchers in the Department of Plant Pathology has generated plants with increased resistance to white mold. And, as an added bonus, the plants show greater tolerance to drought.

At low levels, ROS act as helpful signaling molecules, part of the communication system that controls the basic functions of plant cells. But at high levels, the molecules become toxic. “The plant cell recognizes this particular threshold and basically commits suicide, which is to the advantage of the pathogen,” says Kabbage.

Prior work has established that ROS are produced by enzymes called NADPH oxidases. The researchers focused their initial investigation on the underlying mechanisms of this process. They found that specific soybean NADPH oxidases are activated following infection with S. sclerotiorum, resulting in the production of damaging ROS levels. “So it appears that the fungus may be hijacking the soybean ROS machinery to its benefit by modulating the expression of NADPH oxidases in the host plant,” Kabbage says.

Next, the team used a gene-silencing technique in the lab to inhibit the activity of NADPH oxidase genes in soybean plants. They found that the modified plants produced less potentially damaging ROS following S. sclerotiorum infection and showed a remarkable level of disease resistance compared to control plants.

The researchers also discovered, quite by happenstance, that the modified plants could withstand long periods without water. “When we were done doing our work with these plants, and they were in pots waiting to be cleaned, we noticed that the silenced plants were staying green longer, even after we stopped watering them for days,” Kabbage says. “And it made sense. A lot of stresses like drought and cold also induce ROS, eventually causing plants to die. So if you can delay the plant from reaching that toxic threshold, it makes sense that you would get tolerance to other ROS-inducing stresses.”

Because the plants with silenced genes displayed such significant and useful traits, the research team generated stable transgenic versions that will be tested in the field against a broad range of stresses. They first have to go through the excruciating process of increasing seed quantities, generation by generation, until they have enough plants to conduct trials. Their target is the 2019 field season.

“We’ve invested a lot of money over the years to develop something just like this,” says Robert Karls BS’91, executive director of the Wisconsin Soybean Marketing Board, which provided funding for the current project and prior soybean research at CALS. “We’re excited because we’re going to be able to offer a new tool for growers to help them produce beans more efficiently and help their bottom line.”

A great deal of science has gone into developing ways to manage white mold, from more effective crop rotation methods to better tillage and planting practices to improved irrigation management. There are also soybean varieties with moderate genetic resistance to the pathogen. But this is the first time that a genetic tool has been developed to establish or enhance white mold resistance in soybean germplasm. For this accomplishment, the researchers were named finalists for the 2017 Wisconsin Alumni Research Foundation Innovation Award. And given that white mold can infect more than 400 other plant species, including lettuce, sunflower, and potato, the method for creating the resistant plant may have applications beyond soybeans in the future.

This study was funded by the Wisconsin Soybean Marketing Board and the North Central Soybean Research Group. 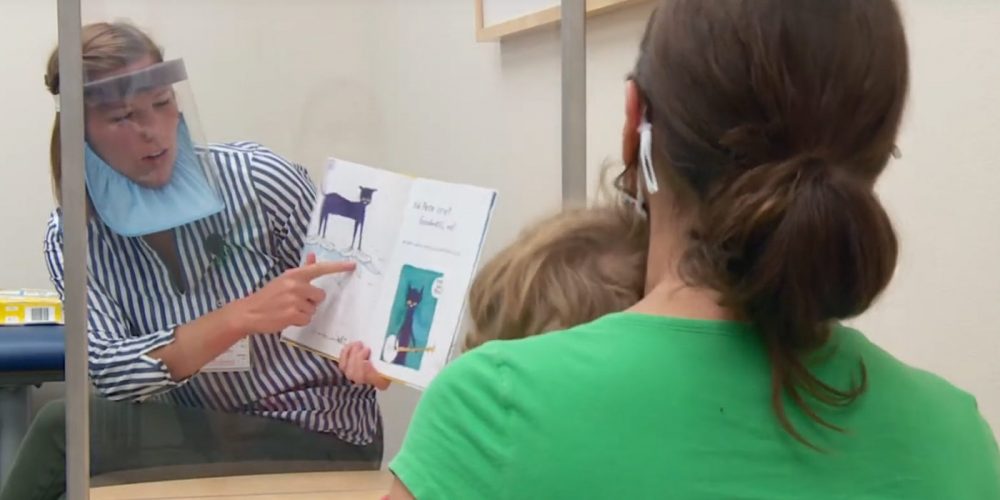